On a trip, back in 2002 or 2003, visiting the Island of Nevis, I got food poisoning.  One of those bouts that keeps you up all night… out both ends!  Horrifically bad… enough that upon returning home to Panama, I checked myself into the hospital to be treated for it.

A few week later, and my digestive system had not returned “back to normal”.  In fact, it never did… ever again!  While I don’t remember the exact date when I got Coeliac disease… I could probably look it up and figure it out!  But I have a very clear idea of where I was and what I ate that evening that triggered it!

Unfortunately, at that time — especially in Panama – Coeliac Disease was unknown. When you think that Coeliac typically was labelled as a “Caucasian” problem, it was unheard of by the gastro specialists that I attended. As could be expected, they treated me to Irritable Bowel Syndrome (IBS).

Their well-intentioned instructions – “reduce your stress“. And then I was given pills – to be taken “for the rest of my life”, because there is no “cure” for IBS. You just learn to manage it. 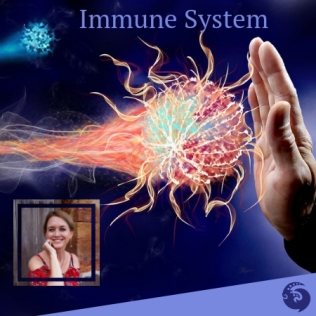 Eventually, after many years of suffering (even trying elimination diets but never actually hitting on the fact that the effects are usually suffered days later, rather than the same day!)… my gynecologist suggested I get tested for Coeliac Disease!

That was in June 2012, about 10 years after that fateful trip to Nevis.  In July I got the results back (they were sent off to Colombia for processing) – positive on all tests… no doubt about it.

And so began my learning process with Coeliac Disease – and how my own immune system was attacking me instead of the gluten (antigen)!  Typically, our immune system differentiates between body cells (‘self’) and antigens or “foreign materials” (‘non-self’) –  our tissue from foreign tissue.

As soon as a human is born, their immune system is being trained to recognise self and non-self antigens, with the help of acquired immunity from the mother.

How does the immune system decide which “foreign bodies” to attack?

Every cell in your body has markers that identify it as being uniquely YOU.  Microorganisms like bacteria and viruses have their own unique markers as well.  The immune system looks for the presence of these markers to know when to attack.

In autoimmune conditions, the immune system mistakenly targets healthy cells, rather than foreign pathogens or faulty cells. In this scenario, they cannot distinguish self from non-self.  Unfortunately, with Coeliac disease, the response of the body to eating gluten is not an attack on the gluten itself, but rather on the walls of the small intestine itself. More information – try this…

That’s why it’s called “auto-immune” – “immune to self”… and rather than the white blood cells attacking the gluten, they simply start eating away at the interior of the small intestine.  Over time, this can damage the small intestine, blocking the body’s easy absorption of  nutrients, making it difficult for a Coeliac sufferer’s body to properly process food.

One of the difficulties that I have found over the past years is connecting with my sense of “self” – “who am I?”  And when I realise that many (even neuroscientists) consider the gut to be our “second brain” and especially the “seat” of our identity and core self… it becomes easier to understand why I have struggled with this identification of “what is self“.

When I look at my younger self – I had a pretty clear idea of who I was and what I wanted to do.  Sure, with some insecurities and all, but I knew who I was – I was in touch with my core self.   It’s only now – with the 20-20 vision of hindsight, that I have been able to start to understand how the onset of Coeliac (especially untreated for about 10 years) not only decimated my health, but also my sense of self!

I spent 10+ years in a hole of chronic fatigue, of not trusting my body (almost house bound), irritable and thinking I was going crazy with anxiety!

As it turns out… it wasn’t all in my head!

It was all in my second brain!

During those years, losing touch with that clear idea and identity of self took another toll on me as well.

Rather than defending my own ideals, I allowed myself to be drawn into the dreams and definitions of others… living my life according to everyone else’s rules, rather than my own.

In the same way that my immune system identified “we have a problem here”, and instead of attacking the gluten was attacking me – I was failing to identify the true root and causes of my unhappiness!

Things started to really change for me in 2013, after I gave birth to my daughter – and I participated in my first event of Ontological Coaching.  Ontology of Language presupposes that language as not simply descriptive but performative and action oriented.  This goes very hand in hand with NeuroLinguistic Programming – where how we think and speak will program how we act and the habits that we create.

For the first time in years, I dared to ask myself “what do I want?”.

It hasn’t been all rosy since then – life is just life.  How will I choose to respond?

As my gut has healed, so have I.

And as I have healed, my gut has healed.

Since January 2018 I have been very focused on learning to listen to what my gut has to say – this has been particularly true with respect to the Innergetics process.  And as I have received peer coaching from other mBIT coaches, I have awakened to the process of healing that is happening — recognising what “sits well” in my gut and what I need to avoid (even if it’s not an allergen).

I have started eating a lot less – because now I recognise that I was eating more to “stuff down” the bloated feeling and discomfort that I still had (no longer caused by gluten, just by the long-term damage to my gut). Now I simply listen in to the discomfort to find out what is the message that I need to hear – how can I support it better on the road to recovery?

Now when I feel tired, I rest – instead of grabbing another coffee or caffeine-filled energy drink.  I’ve known for years that those drinks were any good for me – but I wasn’t listening to the needs of my body – what did “self” need?  I would simply drown the messages – “push through it”.

And as I get back in touch with what I think, want and need… with my thoughts, feelings & gut-instincts… there is more room in my life to be compassionate, creative and courageous.

As I establish healthy boundaries — self / non-self — I have so much more to give to others.  While Coeliac disease may bring some pain, suffering is optional.

As I’ve taken steps along this journey, I have grown to a point where I want to reach out and help others along this way.